I have an abundance of courgettes at the moment so was trying to think of something different to do with them.

I decided to just do a simple saute with Onions, Thyme and Garlic, and it was delicious.

Heat the Ghee in a large frypan and saute the Onion and Garlic until it is soft.  Add the Thyme and the sliced Courgettes and on a reasonably high heat cook them until they have a nice brown color.  You will have to keep stirring them, but you don’t want them to turn into a mush, so be gentle. 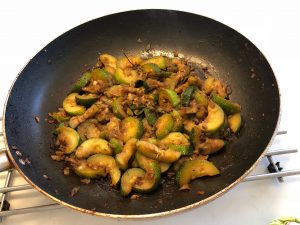 Once they are nicely browned add Salt and Black Pepper to taste.

When serving, sprinkle over the torn Basil leaves.

You could cook them in a good quality cold pressed oil (then they would be Vegan), but he Ghee gives them a lovely rich flavour as courgettes can be a bit bland and need added ooomph!!!

I served this with a Quinoa “Paella” which had some seared tomatoes in it and mozzarella cheese on top.  I put this in the oven until it developed a nice crust around the outside. 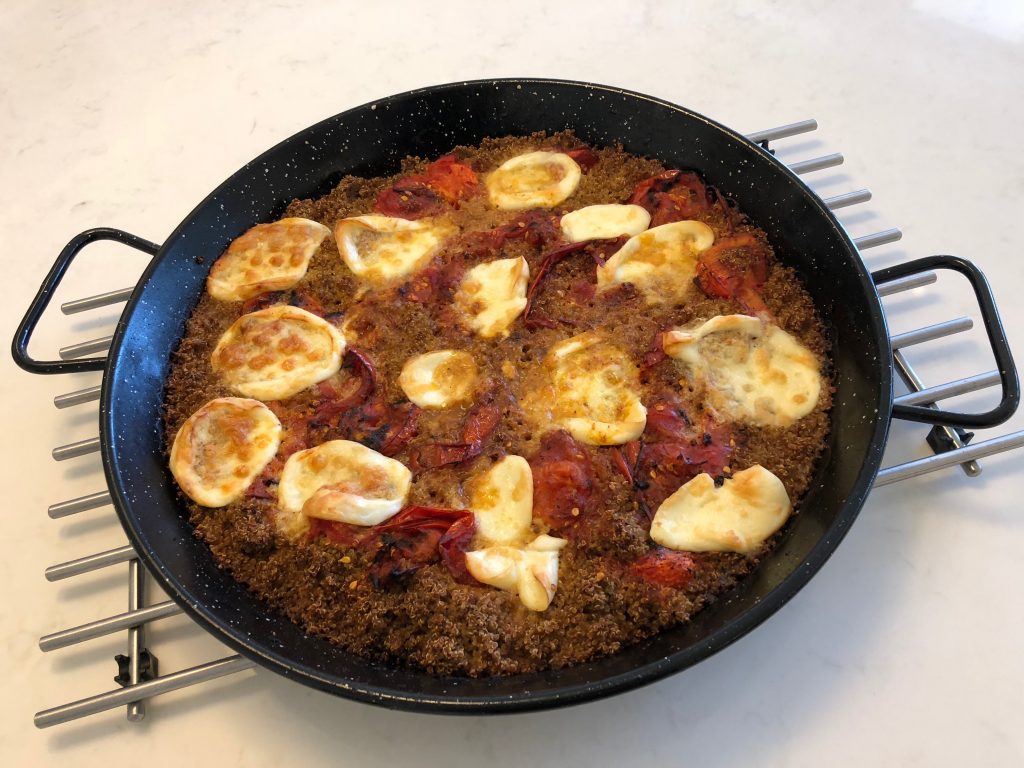